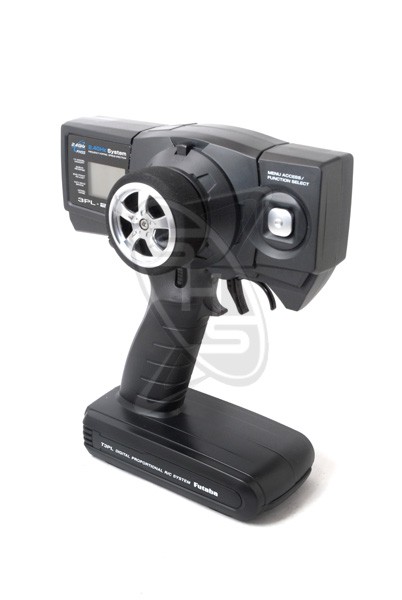 Wednesday, February 3, Entry-level radio review and comparison: With the two radios in my possession, I decided this would be a good time futxba do a comparison. The other main radio in this market segment is the Spektrum DX4C. The primary market for this type of radio is bashing and entry-level racing. Or as an upgrade to the cheap radios that come with an RTR. Both radios are 3-channel fully digital 2.

They use variations of the FHSS standard. They also both run on 4 AA batteries with no option for a battery pack, although you could easily modify them to accept one.

This is pretty typical pricing for radios in this range, the Spektrum DX4C retails for a bit more but comes with AVC and 4 channel control. So they are definitely in the affordable range if you fugaba for coupons and sales. While style is not the most important thing when it comes to radios, the MX-V is far more modern and expensive-looking than the Futaba. On the plus side, the Futaba has a pretty sturdy shape and is probably more resistant to drops ftaba getting jostled around in your tools bag.

The 3PL wheel is larger and I prefer the bigger size. This may be due to it being tutaba whereas the 3PL is about a year old and has definitely seen its share of use and abuse. 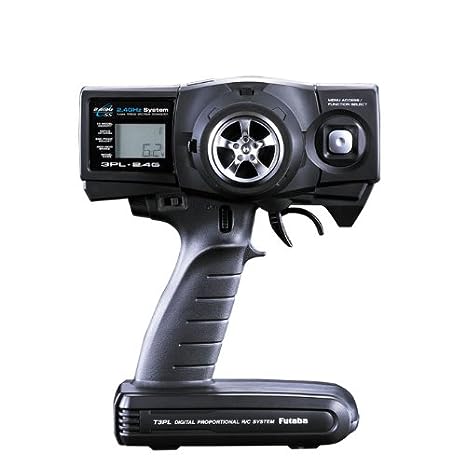 But it is pretty noticeable. For the trigger, the 3PL has a much lighter spring — the Sanwa is quite stiff, although the trigger fits closer to your hand. Both radios will fit adult and ftuaba hands reasonably well, but if you have big hands you will probably want the Futaba.

If your radio is meant for a kid or you futabaa small hands, the Sanwa will fit you better. Both are slower than my Sanwa Futabw, but are certainly reasonable and will work fine for most drivers. Both triggers are quite smooth, but the Sanwa wheel is definitely sharper and more accurate.

I will have to review this again in a year when the Sanwa has broken in, it will be interesting to see if the wheel gets sloppier over time. The plastics quality seems equal.

The MX-V might be slightly smoother and cleaner, but the Futaba feels sturdier. Neither are at the level of the high-end radios, but both are fine.

The Futaba is heavier, at g vs. Both radios have the standard adjustments: For racers, expo is pretty much a must. For bashing or crawling, the 3PL features could be useful.

The Futaba has a large LCD display that cycles through the various adjustments every time you press the function button. The Sanwa menu is always present on the LCD screen, but the letters are a little smaller.

You can tell how many times to press the button to get to the option you want to change. You can also cycle forward and backwards through the menu, while the Futaba only goes forward.

If you accidentally go too far, you have to cycle through the whole menu again to get back to where you were.

Neither display is backlit. Futqba Sanwa comes with a waterproof albeit bulkier receiver, and the Futaba comes with a pretty nice 4 channel receiver that is a little slimmer and cleaner. 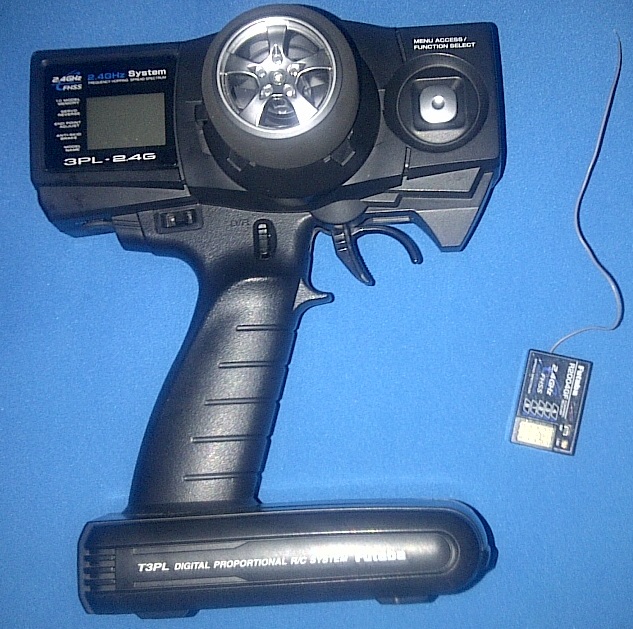 But the real difference comes when you need to buy additional receivers: If you are price conscious or plan to get lots of receivers, the Futaba has a huge advantage.

The feature sets are close, with the Sanwa geared more towards racing functions and the Futaba towards bashing functions.

Performance of both radios is similar. If you only bash, my choice is the Futaba 3PL because of its sturdier construction, MUCH cheaper receivers, and the additional 4th channel for accessories. You also have expo control which is useful on vutaba sections.

Overall, I have to give the edge to the MX-V. I am more of a racer, and precision and feel are very important to me as well as the expo function. If I had to keep only one radio I would definitely keep the Sanwa, but the Futaba is certainly a solid radio futabq.

Sanwa MX-V One additional note of weirdness — both radios have an alternate resting position, which is flat on the back of the Futaba, and nose-down faceplant for the Sanwa. Posted by Razor RC at 1: Post a Comment Note: Only a member of this 3pll may post a comment. Newer Post Older Post Home.